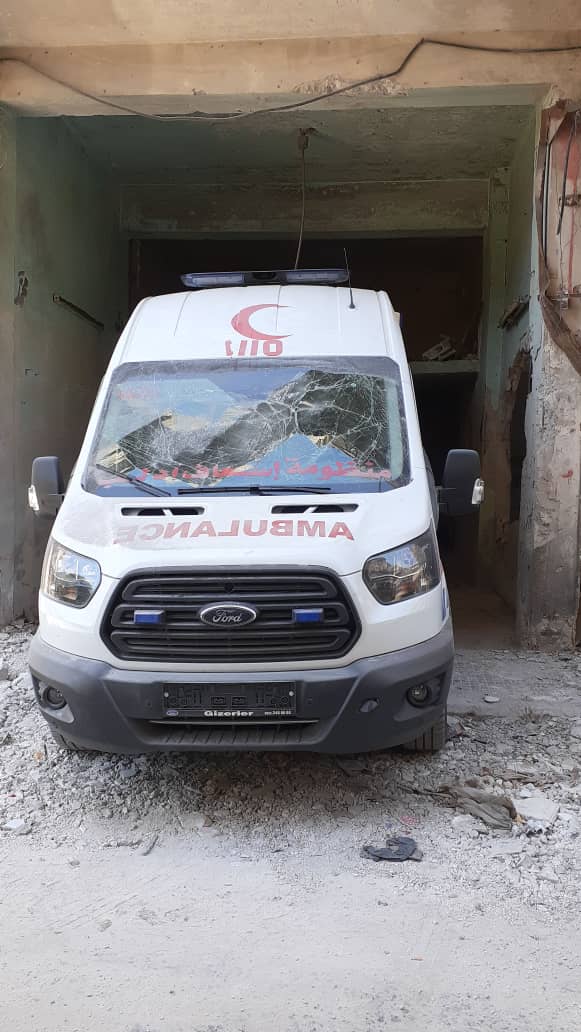 On July 10 at 9:40 am Damascus time, an airstrike hit a UOSSM ambulance center in Jisr Al Shughour, Idlib, Syria, causing material damage to the ambulances and facility. No injuries or casualties were reported.
During the same attack, the Al Kelawai Hospital (partially supported by UOSSM) in Jisr Al Shughour was also hit by an airstrike and suffered material damage. Six civilians living near the facility were killed. Five staff (one anesthesiologist, three cleaning staff and one warehouse assistant) were injured with no staff casualties reported.
At 9:40 am Damascus time, the Saraqeb Primary Healthcare Center in Idlib was hit by an airstrike. No injuries or casualties were reported.
The Maarat Al Nouman Hospital, one of the largest hospitals in Northern Syria was hit by aircraft guns and rockets. The facility is a major referral center for civilian victims during the current military offensive. The hospital had shared its coordinates with all military actors through the UN deconfliction channel. No injuries or casualties were reported. Please click here to read the full press release.
Do you like this post?
Tweet