Children’s Hospital and Surgical Hospital Hit by Airstrikes in Syria

posted by Najah Allouch | 754.40sc
November 06, 2019
Two hospitals were targeted by airstrikes today, November 6, 2019 in Idlib, Syria. This brings the total to four facilities bombed in 48 hours.
At around 1:30 a.m. Damascus time, two airstrikes, ten minutes apart, targeted the Shannan Women’s and Children’s Hospital in Areeha, Idlib. At least three medical staff were wounded. The hospital was severely damaged and put out of service. There were no casualties as the hospital was immediately evacuated by emergency workers after the first airstrike. Part of the building went up in flames. The hospital was partially supported by UOSSM.
At 4:20 p.m. Damascus time the Kafr Nabl Surgical Hospital was hit by an airstrike. The hospital sustained material damage and was put out of service. No casualties were reported. Please click here to read the full press release. 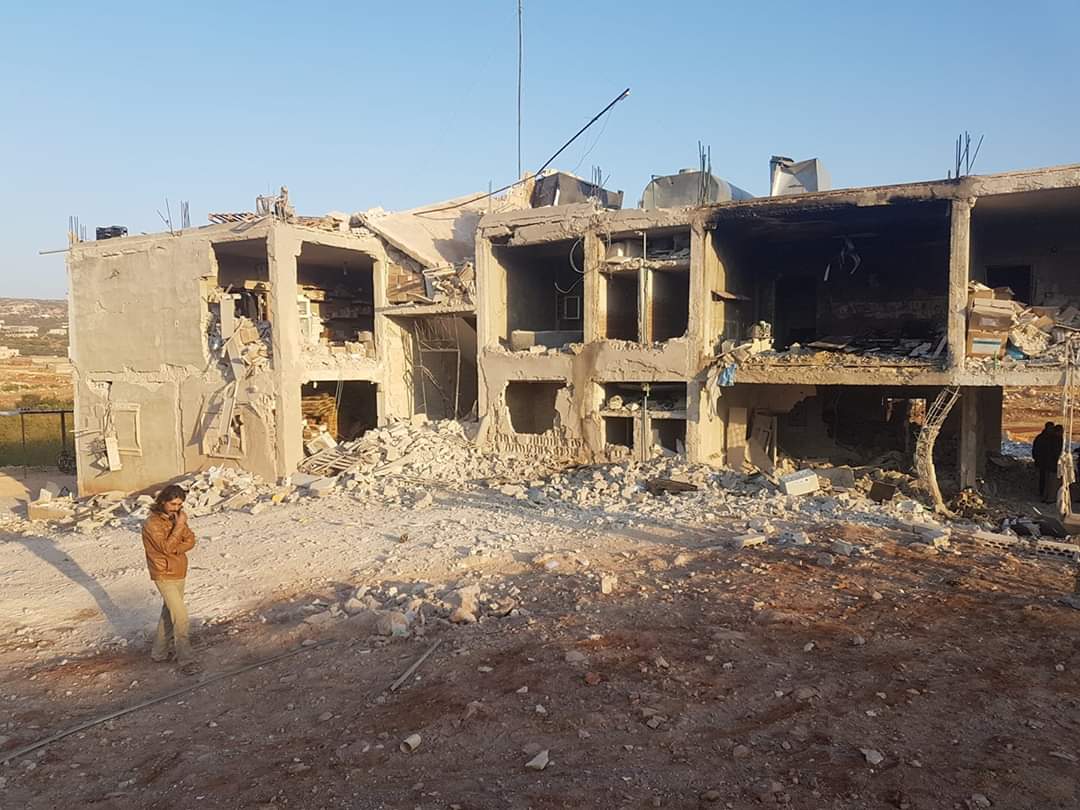