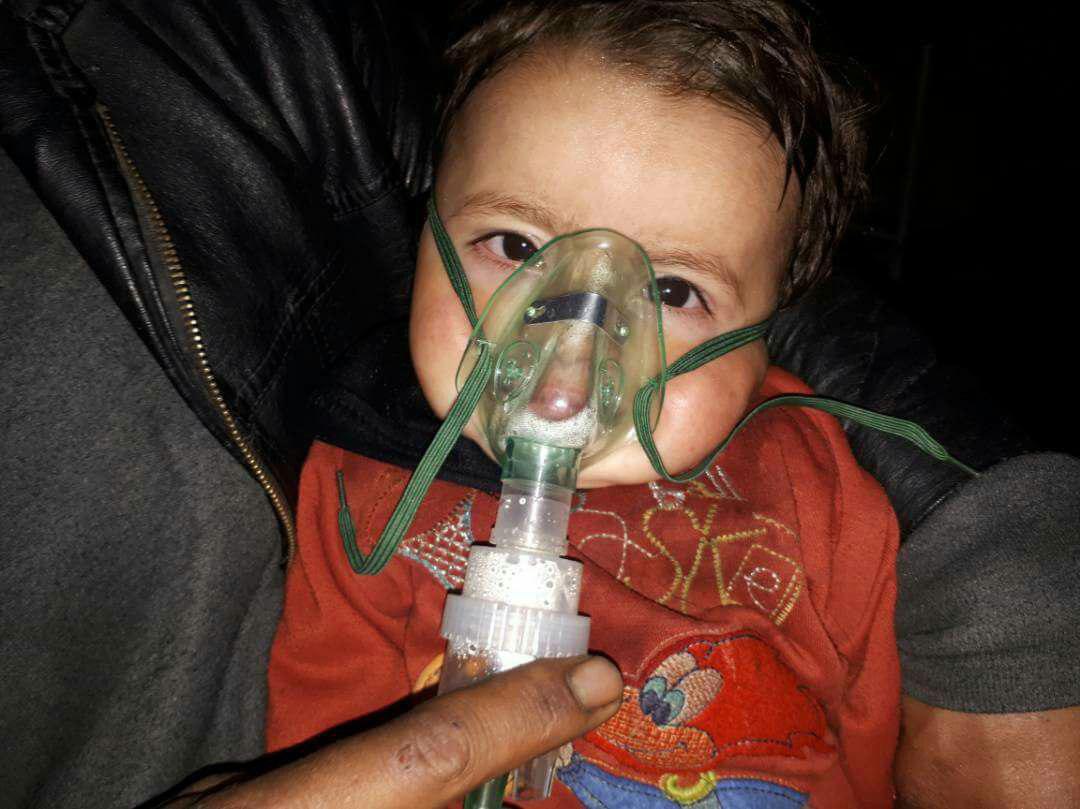 Reports from doctors inside Ghouta are indicating there was a chlorine attack in Saqba and Hammouria in eastern Ghouta today around 9 p.m. Damascus time. According to the White Helmets, at least 50 civilians have been affected by the suspected gas, although area doctors are saying at least 100 have been affected. Affected victims are experiencing symptoms consistent with chlorine gas inhalation including: wheezing, hypoxia, coughing, dyspnea, and conjunctival erythema; there are no changes in the victims' pupils. The victims’ clothing had a strong smell of chlorine. Witnesses confirmed that the smell of chlorine was observed in Kafr Batna. You can click here to read the full press release.
Dr. Imad Qabbani from Rural Damascus Health Directorate confirmed the suspected chlorine attack saying, “Due to the heavy bombardment mobility is impossible. At least two locations were targeted, our Health Directorate will issue a statement later about this attack.”
Meanwhile 91 were confirmed dead, and hundreds were wounded today from the attacks and bombings. Area doctors say the scene is chaotic as doctors, White Helmets, and first responders are experiencing extreme difficulty getting to victims due to the fierce and non stop bombardment. 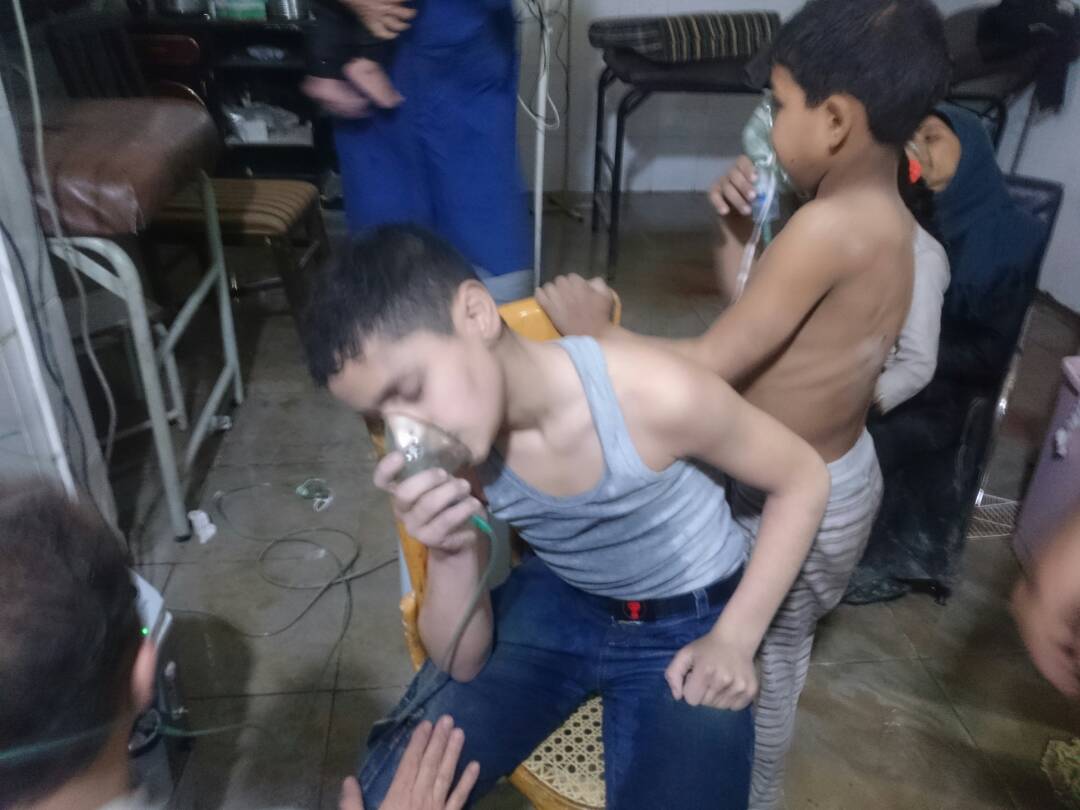 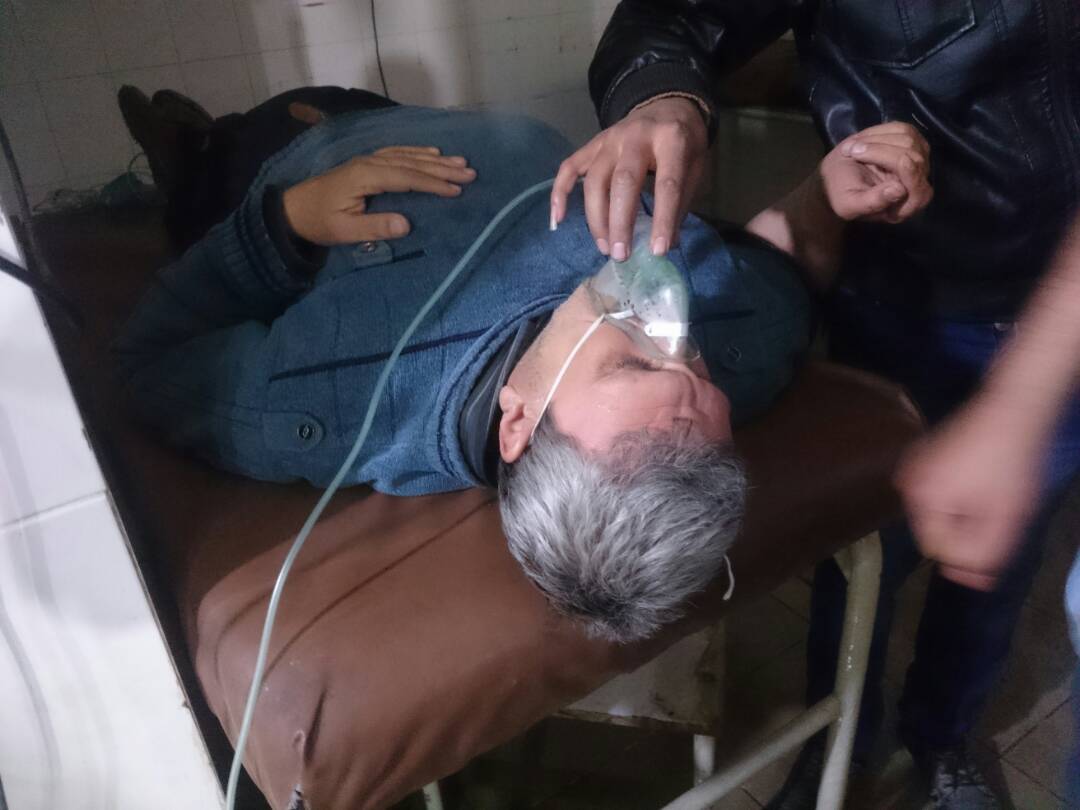