We support the well-being of Syrian refugees and internally displaced people with mental health and psychotherapy services, and equip our staff and health care providers with tools to deal with difficult work environments-

UOSSM has led this initiative since early 2013; addressing the increasing health needs of the general public, through the rehabilitation of existing destroyed health care facilities and the establishment of new facilities in areas of need where none existed.

One of UOSSM's major priorities was the establishment of Primary Health Care Centers (PHC's) throughout Syria, today UOSSM fully operates 12 PHC's in 8 different governorates throughout Syria. 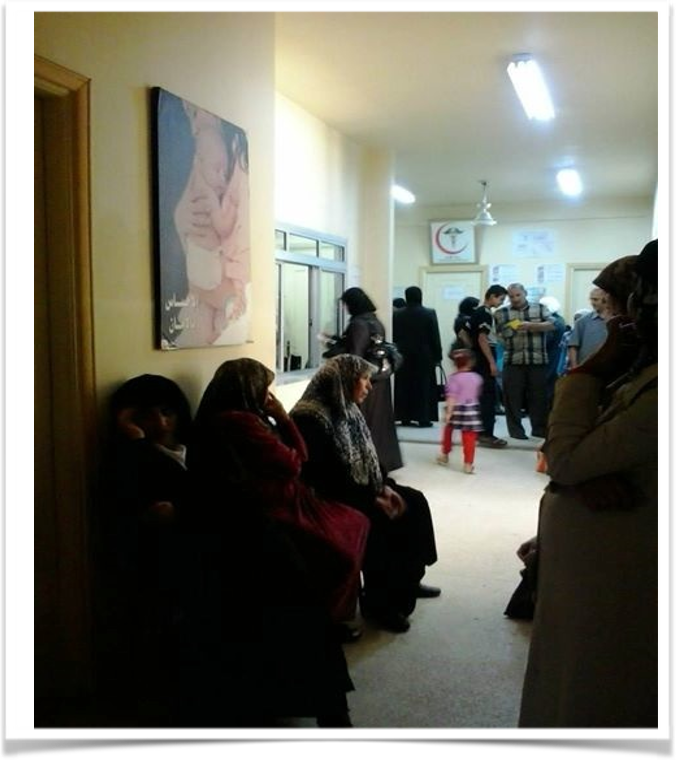 UOSSM’s healthcare centers have provided more than 1 million consultations to about 825,000 patients since 2015; a monthly average of 4000-5000 patients per center.

Each PHC contains 4 basic specialties: family practice, internal medicine, obstetrics & gynecology, and pediatrics. In addition, each PHC has a laboratory and a pharmacy.

Some of the PHCs have dental, dermatological, orthopedic, and/ or psychotherapy clinics, Other PHC's have adapted new services such as community outreach and nutrition services, due to the rise of malnutrition, especially among children.

UOSSM, as part of this initiative, also supports a number of health facilities with medical consumables and medications, based on need and availability.

As part of the capacity building of primary healthcare providers, Gender Based Violence (GBV) training was given, last August 2015, to a number of healthcare staff working in these PHCs, to properly deal with such difficult cases. 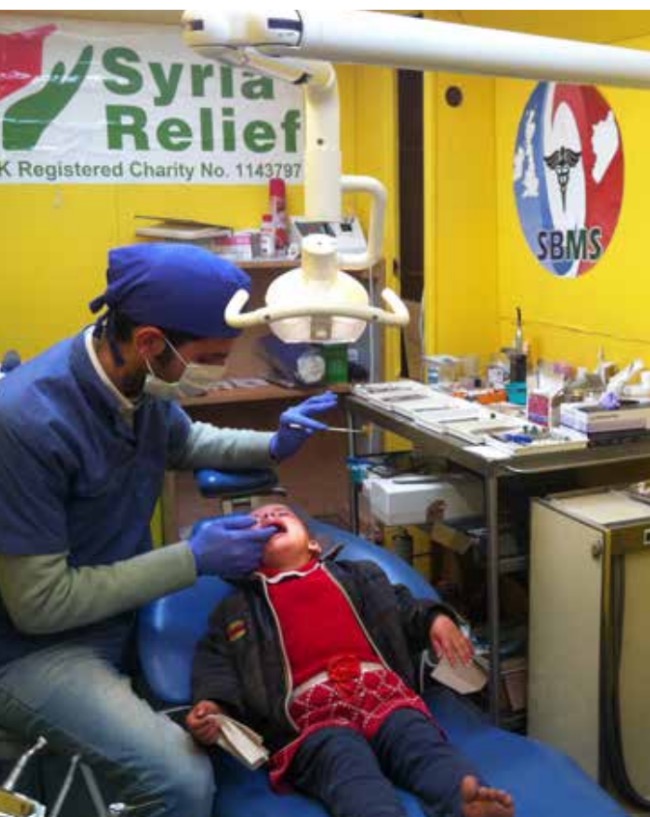 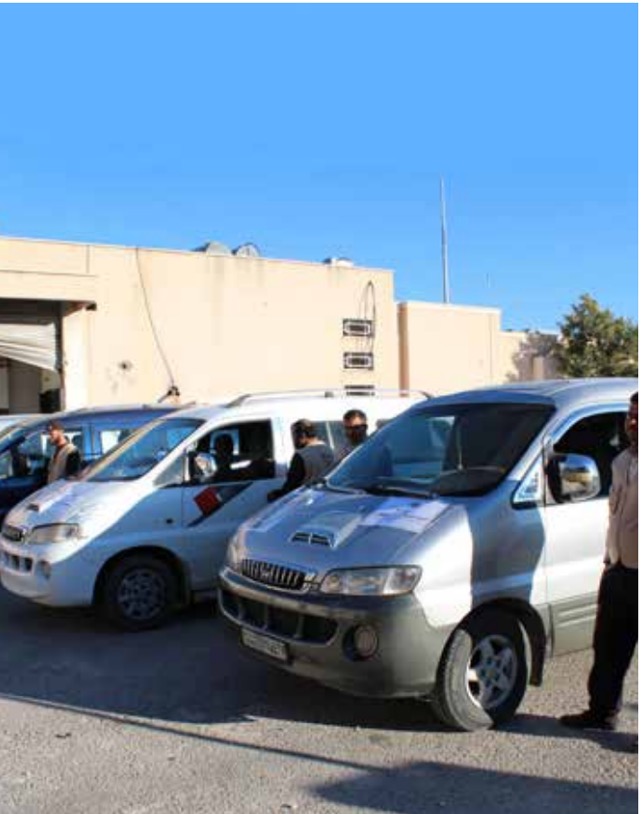 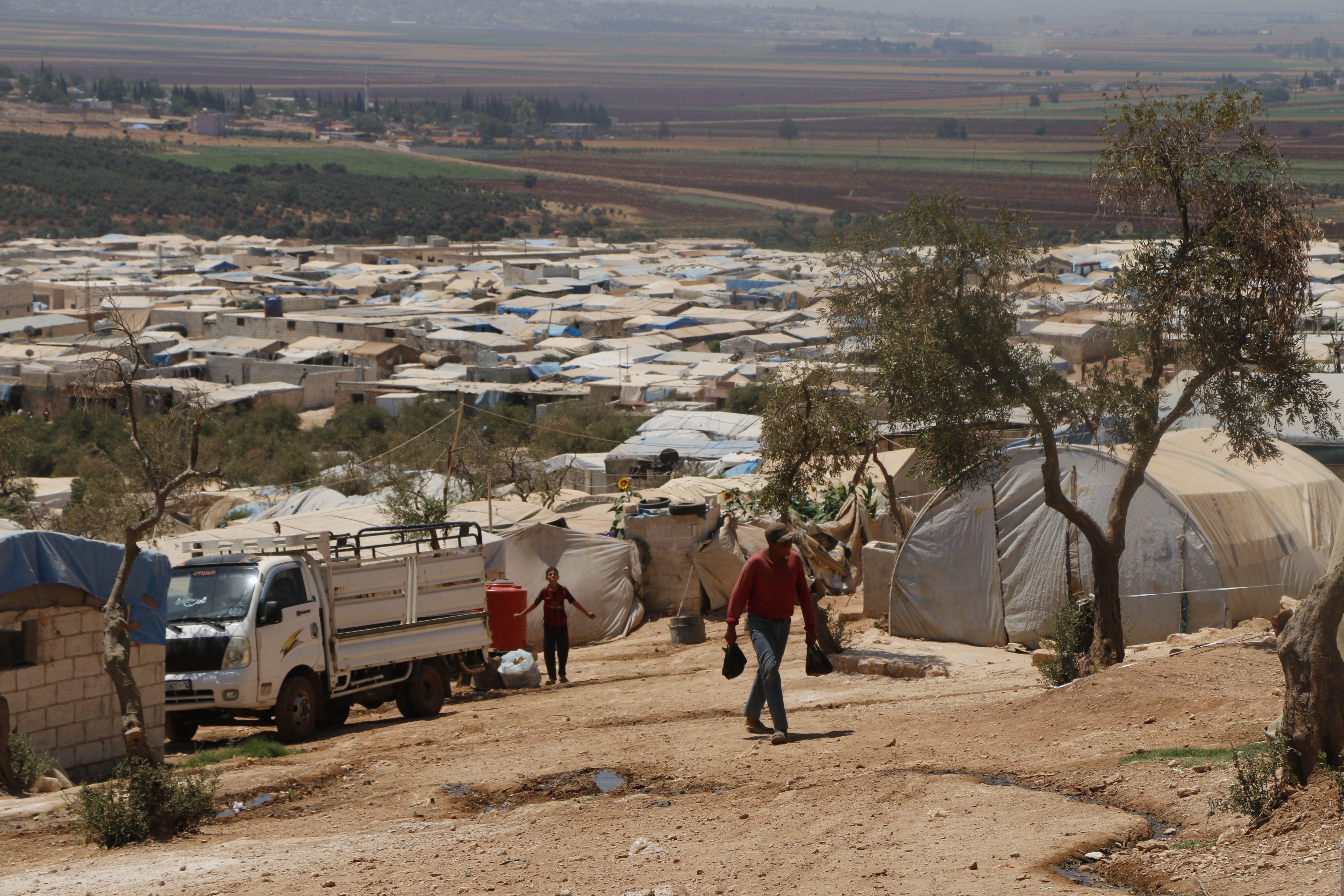 In order to relieve the suffering of the internally displaced peoples (IDP's) UOSSM added 6 new mobile clinics in mid 2015. Each clinic provides medical consultations, reproductive health services, psychosocial support services and referral systems. In addition, a mobile clinic was added to cover several villages that will cover a wide number of beneficiaries. 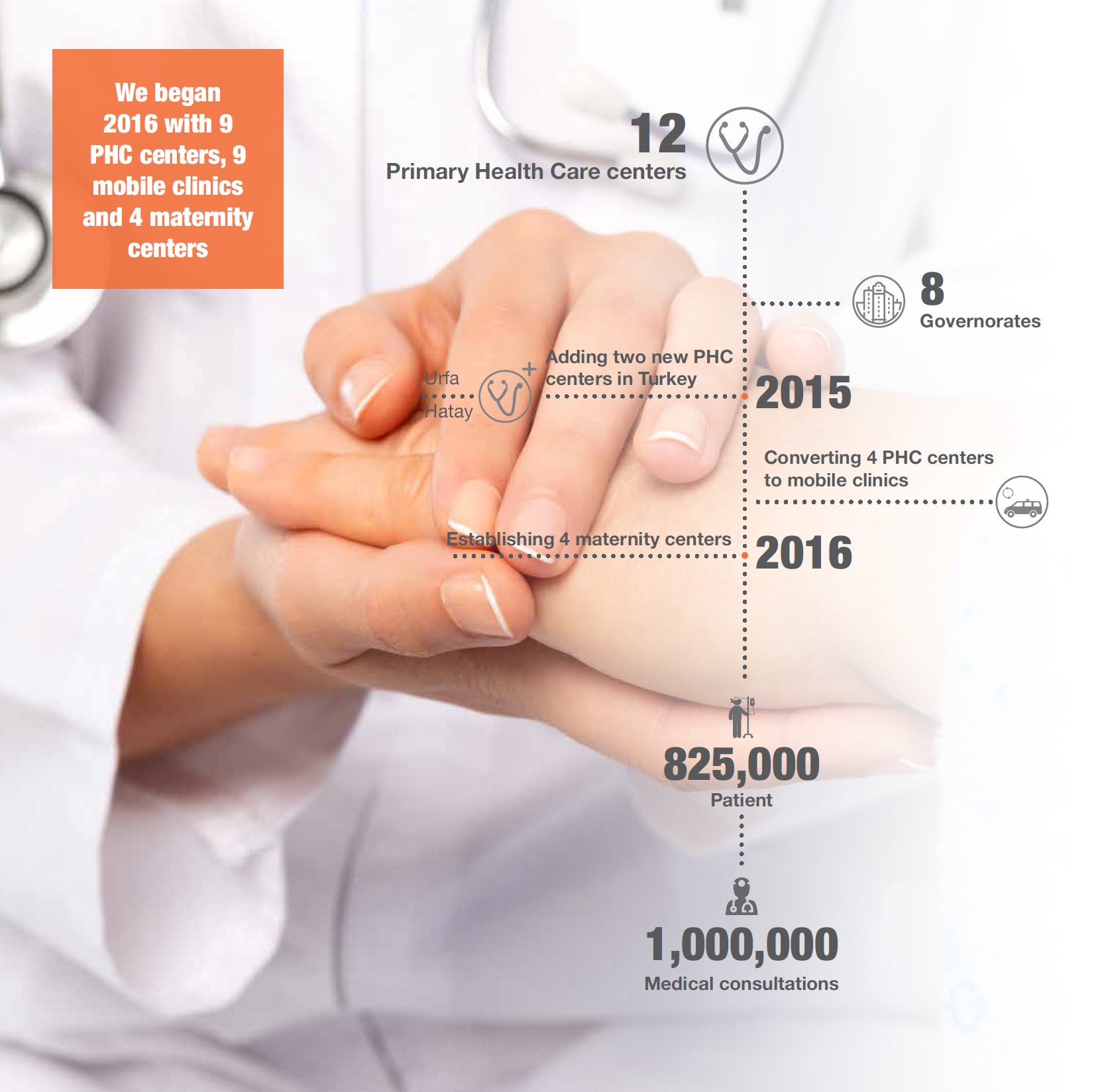 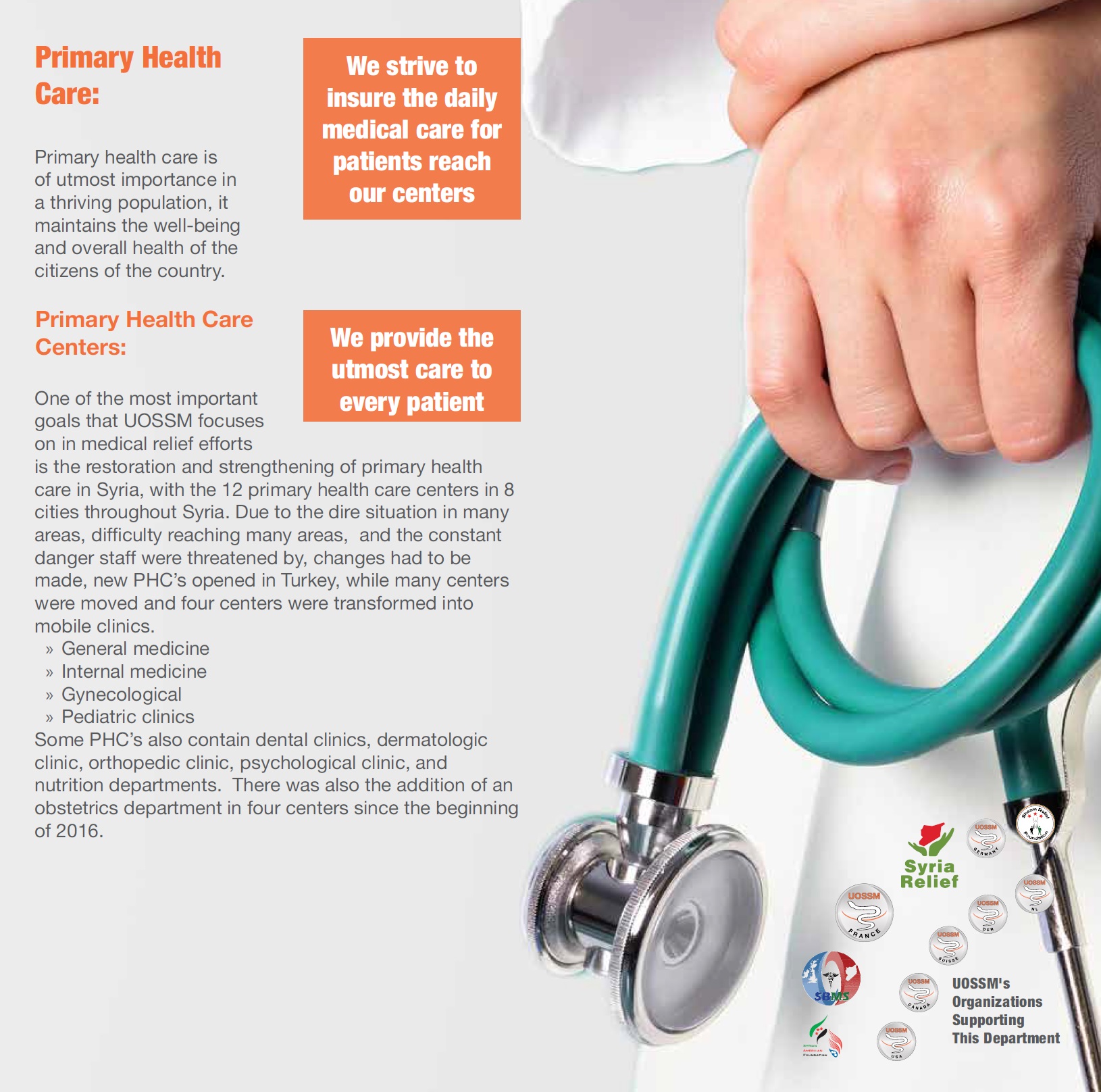