She Still Has the Ability to Smile 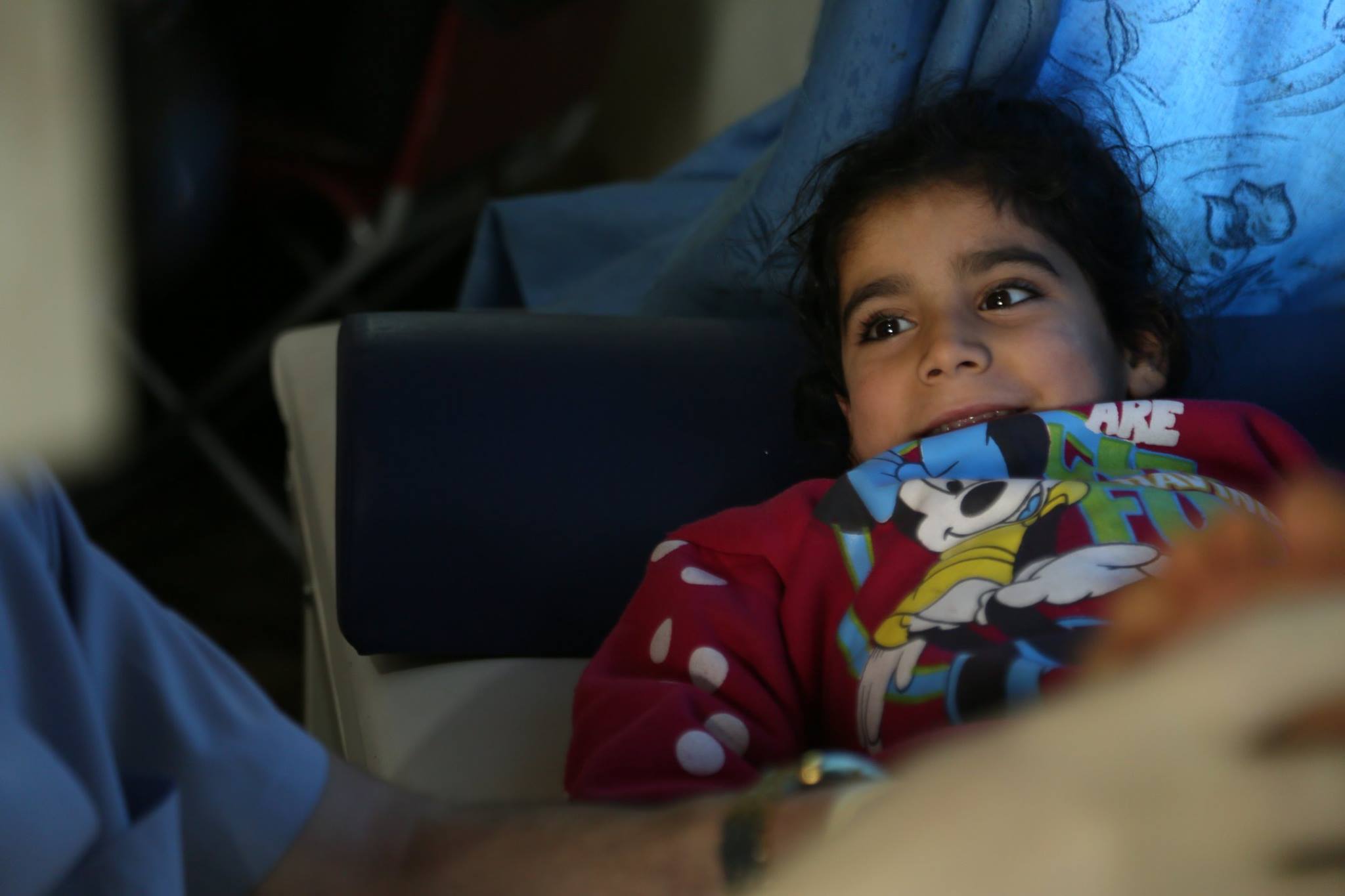 The suffering is relentless... Amani is only five years old and doesn't even know what a normal life is. Amani is from Ghouta. All she has known her entire young life is war...bombs...hunger and fear, and yet she has the ability to smile.
Amani had one of her toes amputated due to an injury on her foot from an airstrike. Her toe might have been saved had she not lived in a besieged area with very limited access to healthcare. She wasn't able to get the care she needed until she was forced out of Ghouta, with her family, of the only home she has ever known. Then, UOSSM found Amani and helped treat her condition.
The peroneal nerve on her lower leg was damaged from shrapnel by an airstrike, which led to foot drop, a condition caused by weakness or paralysis of the muscles that lift the front part of the foot.
UOSSM doctors did what they could to save her foot, but unfortunately one of her toes had to be amputated. Little Amani was referred to the Sarmada Rehabilitation Center's physical therapy department. She has been attending sessions three times a week. She is regaining her strength and adjusting to walking missing one toe and her condition is finally improving.
This shouldn't happen to a child in the 21st century. NO child should have to lose body limb from a bomb dropped by an airstrike. NO child should ever have to endure such pain. NO child should ever have to be forced out of the only home they have ever known. ALL children deserve more.
Do you like this post?
Tweet