Syria, officially the Syrian Arab Republic, is located in the Middle East, and is part of Southwestern Asia. Syria has a coastline along the eastern Mediterranean Sea, just below Turkey. 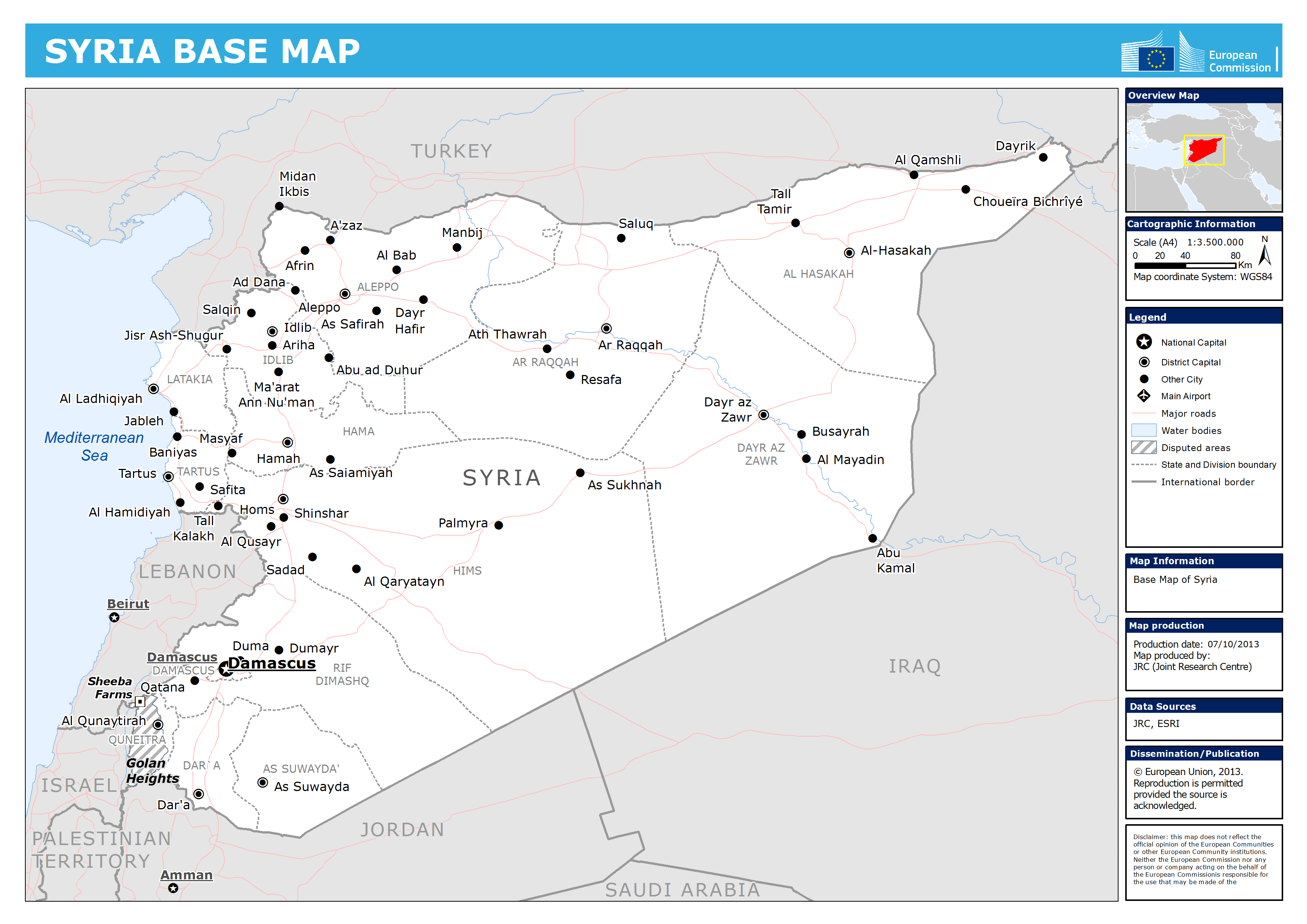 UOSSM has served over a million people across Syria and Turkey since 2012. We provide emergency medical relief and health care services to those affected by the current crisis in the region. Our programs are managed and supervised by UOSSM offices in Turkey. UOSSM has currently over 1400 staff and doctors working across the northern region, and Turkey.

Northern Region. The northern region comprises of Turkey and the northern and eastern regions of Syria. 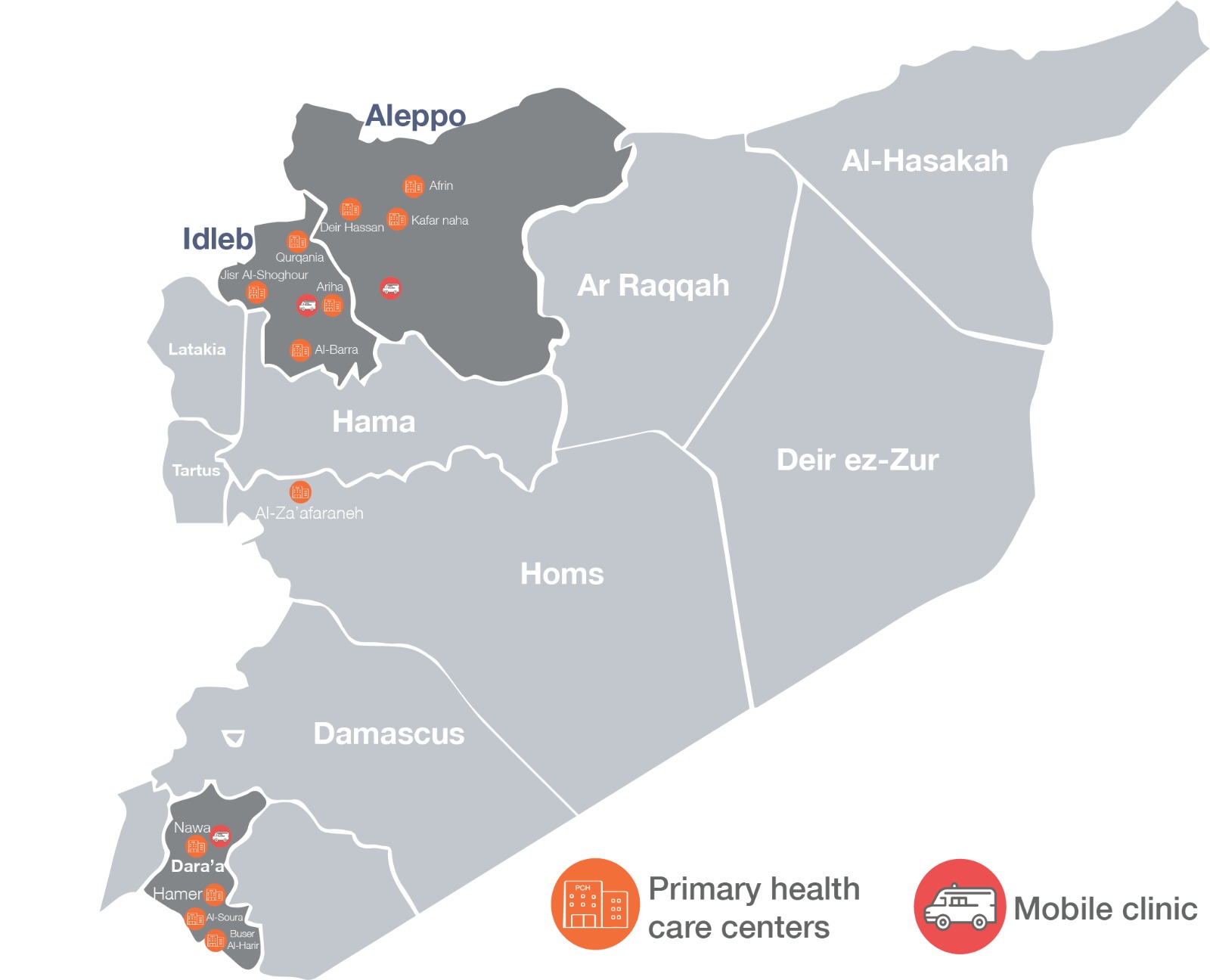 *Map is of UOSSM health care facilities in 2018